Clean, Affordable Energy for Everyone 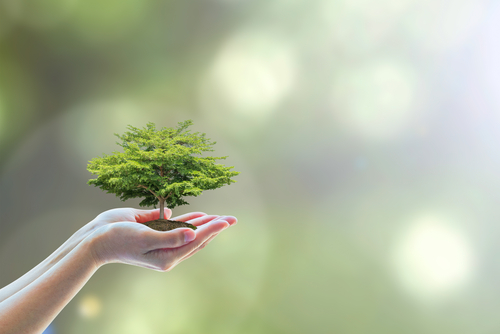 Did you know that propane gas has a lower carbon content than fuel oil, gasoline, diesel, kerosene, and ethanol? That’s a big part of the reason the U.S. Congress designated propane as a clean-burning alternative fuel in the 1990s.

Because propane is created through the processing of natural gas or crude oil, it is a fuel that is largely a domestic product. In fact, about 90% of the American propane supply is generated right here in the United States! That abundant, right-at-home supply makes propane a reliable fuel choice for your North Carolina home, including all of its appliances, throughout the year.

If you use propane appliances instead of electric ones, you’re doing your part to help the environment. The average propane-powered home reduces carbon dioxide emissions by nearly 30% compared to all-electric homes. What’s more, direct use of propane for space heating, water heating, cooking and clothes drying reduces greenhouse gas emissions up to 50%. Read more about propane and the environment.

Propane as an Alternative Motor Fuel

According to the Alternative Fuels Data Center, 60% of alternative-fuel vehicles nationwide operate on propane, from buses to fleet trucks, forklifts, lawnmowers and farm tractors. It is the third most popular vehicle fuel, next to gasoline and diesel.

Autogas is the term used to describe propane when it is used as a fuel for vehicles. Autogas is the world’s most popular alternative fuel. In fact, there are more than 300,000 vehicles in the U.S. that have been manufactured or converted to use propane autogas.

Its popularity has led to an array of innovations in OEM-supported vehicles that use the fuel, including light- and medium-duty trucks, vans and shuttles.

There are now about 15,000 propane-powered buses in the country, including in North Carolina, that transport nearly one million children to school each day, and that number keeps increasing.

To help this movement further, the North Carolina Department of Environmental Quality has allotted millions of dollars for school districts that wanted to replace old, air-polluting diesel buses with clean-burning propane-powered vehicles to transport children in our state.

School districts have gained enormous fuel savings by using propane autogas instead of more expensive diesel fuel. Kids are also benefitting from a healthier ride to and from school. Studies have shown that, when compared with the old diesel buses they have replaced, buses with propane motors emit far fewer emissions.

You can read more about propane autogas and school buses by going here.

Sign up for news from Propane North Carolina and be entered to win. NC residents only.

Fill out my online form.
No purchase necessary. Employees of NCPGA, its affiliates, agencies or vendors may not enter. Enter to win is open to North Carolina property owners. One entry per household. Drawing will take place on or around 12/31/2022