Home » Blog » What Is Renewable Propane?

What Is Renewable Propane? 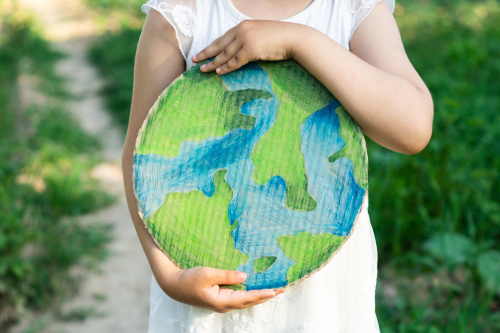 Homes and businesses all over the U.S. will eventually be able to use renewable propane. Since it is molecularly identical to propane, there will be no need to replace or alter existing propane appliances and equipment. As usage of renewable propane increases, it will reduce our greenhouse gas emissions nationwide, helping fight the devastating effects of climate change.

In fact, renewable propane is carbon neutral at the point of combustion. Recent research has determined that if one million European homes that currently exist beyond the gas grid used renewable propane, this would eliminate up to five million tons of carbon dioxide emissions.

While it is not in common use yet, renewable propane gas has positioned itself to be a major part of the clean fuel conversation in the years ahead.

This method of producing propane is as safe, cost-effective, and dependable as that for propane generated from natural gas. And when compared to electricity, renewable propane has a considerably smaller carbon footprint. It can also reduce our reliance on aging, poorly maintained, fragile electric utility infrastructures.

Renewable Propane on the Road

Renewable propane can also be blended with propane and utilized in existing propane-powered equipment and vehicles, as well as cars that run on propane autogas.

Businesses may also benefit from propane autogas tax credits at both the federal and state levels.

The Road to Negative Carbon Intensity

Current research could bring us to a place where renewable propane produces net-negative carbon emissions. One of the most promising ways for reaching this goal is with dimethyl ether (DME). Researchers can now synthesize this biogas from animal waste. This prevents the release of methane and carbon dioxide into the atmosphere, and the product can be blended with propane.

That’s a lot of waste being put to good use!

Sign up for news from Propane North Carolina and be entered to win. NC residents only.

Fill out my online form.
No purchase necessary. Employees of NCPGA, its affiliates, agencies or vendors may not enter. Enter to win is open to North Carolina property owners. One entry per household. Drawing will take place on or around 12/31/2022